What No Government Can Give You

The most contentious general election campaign since the last one—which probably won’t be as contentious as the next one—is upon us.

A little over half of the citizens in this country will be happy with the outcome or at least pleased that the person they voted for, wholeheartedly or with resignation, is the winner.

What about the rest? Ideally, those whose candidate did not win and whose party is in the minority of Congress become a loyal opposition, in the sense that while they may oppose the actions of the leaders/party in power, they remain loyal to the source of our government’s power.

So, what will happen?

I don’t know. None of us does. Recent history projects a trend of increasing disagreement, and therefore division, along ideological and party lines. As Jeremy Waldron writes in his paper The Principle of Loyal Opposition, presented to a 2011 New York University Politics Workshop,

The main reason people disagree is because the questions are difficult, and even with the best will in the world, focused resolutely and honestly on the common good, the different perspectives and experiences that we bring to politics take us to a different position on every single question of what we should do together.

What we should do together.

Politics isn’t only about government. It’s a part of every level of human relationship. Where there are two or more people, politics are present. One of the definitions of politics in Merriam-Webster is the total complex of relations between people living in society.

When people say they hate politics, or want to avoid politics, what are they really saying? That they hate disagreement? Rudeness? Insensitivity? Hate to defend what they believe in?

Or that they want to avoid doing the work to understand who/what they should and should not support?

Politics isn’t only about government. It’s a part of every level of human relationship.

The most audacious prayer in the Bible, in my opinion, is this one offered by Jesus: I pray that they will all be one, just as you and I are one—as you are in me, Father, and I am in you.

Imagine that. People being and living as one like Jesus and the Father are one. If Jesus, the Lord, prayed for people to have that kind of unity, then it must be possible to achieve.

Yet in the two thousand years since that prayer was first offered that kind of unity has yet to happen. Since the Bible says Jesus ever lives to make intercession for us, it follows that Jesus is still praying his prayer for unity.

So, why hasn’t Jesus’ prayer borne fruit? Is it because we must choose to be the answer?

Some communities within the Christian church are going after it. They are pursuing and forging a culture where honor and empowerment and freedom are the highest order values. Yet, the same obstacle arises: the different perspectives and experiences people bring to every situation take them to different positions on every question. As a result, these communities have learned that cultures of honor aren’t about harmony, but honoring and empowering each other in spite of differences. Many times they succeed, sometimes they don’t.

Aristotle described a citizen as “one who has a share both in ruling and being ruled.”

Translate that to any level of society. A husband has a share in both leading his family and empowering his wife to lead. A CEO has a share in both leading her company and being led by her board of directors, who in turn lead the executive team and are ruled by the shareholders. A pastor leads the people God has given him while he follows the rule of the Lord. And so on. 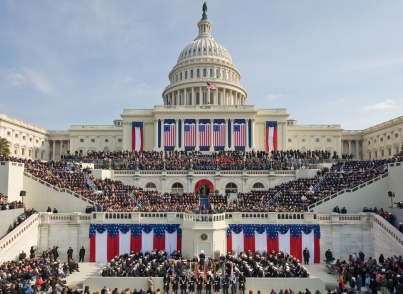 So whomever is elected President, whichever party holds a majority in Congress, whomever the next president appoints to the Supreme Court, some of us will be happy, will believe “our side won,” and the rest will be…what?

Angry? Rebellious? Resigned? Frustrated? How have those attitudes been working?

We have better choices. We can choose to be joyful, even when we think things are going to hell fast. I remember my father telling me fifty years ago that our country was “going to the dogs.” Are we there yet?

We can choose to pursue righteousness, first in our own actions, then in how we relate to others. The most righteous thing we can do as citizens is to pray for our leaders. If we intercede faithfully for them, God promises things will go well for us. I confess I haven’t prayed faithfully for our government leaders. I need to start. Now.

Joy. Peace. Righteousness. No government can give you these. No law can prevent them. They’re ours for the choosing.